Things to do in Cairo, Egypt

Cairo, Egypt's capital, is the largest city in the Middle East, with a population of over 10 million.

Known as the city of a thousand minarets, Cairo boasts some of the finest Islamic architecture in the world, in particular the Muhammed Ali and Al-Azhar Mosques.

The other principal draw is Cairo's proximity to the Ancient Egyptian towns of Giza and Memphis, meaning that the most popular things to do include day-trips to Great Pyramid of Giza and Sphinx and to the even older Saqqara Pyramids.

Other top tourist attractions include the Khan El-Khalili Market (make sure you barter!), the 187-metre tall Cairo Tower, the tranquil Al-Azhar park, and the medieval Citadel.

The Great Pyramid of Giza

1. The Great Pyramid of Giza

The Pyramid, 756 feet wide and 481 feet high, is the largest of three principal pyramids at the Giza Necropolis. It was built by 100,000 men between 2580 and 2560 BC using over 5 million tons of limestone. The largest blocks, transported from Aswan (over 500 miles away) weigh about 80 tons.

The Pyramid remained the tallest man-made structure for almost four millennia, until the building of the spire to Lincoln Cathedral in 1300. It contains three chambers: one for the King, another for the Queen, and a third whose function remains unknown.

The Pyramid is exceptionally well-preserved and is surrounded by a large burial site, which includes two temples, two other large pyramids (dedicated to Khafre and Menkaure), a number of smaller satellite pyramids, small mastaba tombs for nobles, large cemeteries to the east and west, and the Great Sphinx to the south east.

The Sphinx is a tourist attraction in its own right: built of limestone and rising to a height of 66 feet, this statue of a lion's body and human head was completed in about 2500BC. Buried in sand for centuries, the Sphinx was not fully excavated until 1936.

It is famously missing its nose and beard. Accordingly to legend, Napoleon's soldiers were responsible for removing the former!

where? The Giza Necropolis is about 10 kilometres to the west of Cairo.

Sat on the summit of the Citadel is the Muhammad Ali Mosque (aka Citadel of Saladin).

Ali—regarded as the founder of modern Egypt—is buried in a white marble tomb in the Mosque's courtyard.

Built between 1830 and 1848, the Citadel of Saladin is the largest mosque constructed in the nineteenth century and the most visible mosque in Cairo

The spacious building, constructed in Ottoman style using limestone and alabaster, has a central dome which is 21 metres in diameter and stands 51 metres high.

It is decorated with gold, hanging globe lamps and a number of small stained glass windows, and is surrounded by four semi-circular domes and four smaller corner domes.

On the Mosque's western side stand two 82-metre tall minarets. Overall, the Mosque measures 41 x 41 metres, and has a 50 x 50 metre courtyard to its north-west (offering views to the Giza pyramids).

where? The Citadel, Cairo.

when? Daily from 8 am to 5 pm. Closed to visitors on Fridays.

The Egyptian Museum (aka the Museum of Egyptian Antiquities) houses the world's largest collection of treasures from ancient Egypt.

Established in 1902, and housed in a distinctive red brick building on Tahrir Square, the Museum's collection extends to over 120,000 artefacts. The highlight is undoubtedly the Golden Mask of Tutankhamen, which rested over the King's bandaged face in his sarcophagus; composed of 11 kilograms of solid gold, the Mask is thought to represent the King's features.

The Museum also houses a large number of other artefacts discovered in Tutankhamen's tomb, including a decorated chest, ivory and gold bracelets and other jewellery and weapons.

Other notable pieces include the mummified remains of a number of Pharaohs, including the newly discovered mummy of Queen Hatshepsut.

Sadly, the visitor experience offered by the Museum is not what it could be: the Museum is in need of modernisation and labels describing exhibits are often missing. Consider visiting with a guide.

where? Mariette Pasha Street, on the north side of Tahrir Square, Cairo (next to the Nile Hilton Hotel).

when? 9am to 7pm, daily. The Museum is less crowded in the afternoon. Cameras are not allowed inside the Museum and must be left at the ticket office.

£$€¥ E£160 for adults; admission to the chamber of royal mummies costs an additional E£180. Students pay half price

Saqqara, located 30 kilometres south of Cairo, is a 7 x 1.5 kilometre area used as a burial site for the Ancient Egyptian capital, Memphis.

It contains numerous pyramids and other smaller burial tombs, including the famous Step Pyramid of Djoser (pictured).

The Pyramid, dating from the 27th century BC, has a base of 108 x 125 metres and six steps taking it to a height of 62 metres. After its construction, it remained the world's tallest structure for 40 years.

Built as a burial site for the eponymous Pharaoh, it is the earliest known example of large-scale cut stone construction. A labyrinth of chambers and tunnels almost 6 kilometres in length are found underneath the Pyramid, spiraling around a large central shaft.

The most important chamber housed the Pharaoh's body, with other chambers being used as the burial places of his relatives and to house offerings to the Gods.

Where? Saqqara is 30 kms south of Cairo. It can be accessed by guided tour, taxi or local bus.

£$€¥ E£180 for adults to enter the Saqqara necropolis complex

The El-Khalili dates from 1382, when Emir Djaharks El-Khalili built a large roadside inn on the site to accommodate weary travellers. The El-Khalili is today the heart of Islamic Cairo, found to the west of the Midan El Hussien square.

Visitors can expect vendors hawking wares such as spices, food, lamps, gold, silver and copper goods and souvenirs. Bargaining is compulsory for those wishing to take home a bargain: as a rule of thumb, you should shop around and not pay more than 50% of the initial asking price.

The El-Khalili's tea and coffee shops are another draw; many also offer fruit flavoured shisha. The most famous is Fishawi's cafe, found close to Gamal el Sawy; dripping with atmosphere, its staff claim that it has been continuously open for the last 200 years!

The Market also has a place in literature: nobel laureate Naguib Mahfouz's 1947 work Midaq Alley is based in one of the El-Khalili's back streets. Tourists are starting to return to Cairo in higher numbers after the 2005 and 2009 attacks, which claimed the lives of 22 Egyptians and foreigners visiting the Market.

6. The Mosque of Al-Azhar

Founded in 970 AD, the Al-Azhar Mosque (aka the Mosque of the Most Resplendent) was the first mosque to be established in Cairo.

The Mosque occupies 7,400 square metres, and has five minarets (the earliest dating from 1340AD) and a capacity of 20,000. It remains an active place of worship and staging post for political demonstrations, often following noon prayers on Fridays.

Enter the Mosque through the Gate of the Barbers, dating from the 15th century, which takes its name from the fact that it was here that students traditionally shaved their heads. You will then reach two madrassas (places of religious study) and the Mosque’s large marble-paved courtyard.

Be sure to take in the Mosque’s three principal intricately carved minarets, the Double finial minaret of Qansah al-Ghuri and the Katkhuda and Qaytbay minarets, and dome (pictured). Continue on to the alabaster-pillared five-aisled prayer hall.

There are a number of places of interest around the Mosque, including the Midan al-Husein (a large square opposite the Mosque which is particularly popular during religious festivals) and the Wikala of Al-Ghouri (a restored 16th century merchants’ hostel now famous for its whirling dervishes).

When? 9am to 5pm; closed to visitors on Friday afternoons.

Built on the site of a refuse dump, and opened in 2005, the peaceful Al-Azhar Park is an antidote to the noise and pollution of central Cairo.

The lush gardens, about 1 kilometre in length, are designed along traditional geometric Islamic lines, and include fountains, waterways, multi-coloured stonework, palms, an orchard, a children's playground and sunken features. In total, there are 325 varieties of plant, carefully labelled.

The Park offers spectacular views of the Citadel and the Mohamed Ali Mosque at its apex (especially at night, when many monuments are illuminated).

A feature of particular note is the Ayyubid Wall, revealed when centuries worth of rubbish were removed from the site. This stone wall, dating from 1176, was built by Salah El Din to protect the city and made use of the latest defensive devices imported from Syria.

The Al-Azhar Park also offers a variety of eateries, including several cafes, a patisserie and the Citadel View Studio Misr restaurant.

With a height of 187 metres, the Cairo Tower (aka Borg Al-Qahira) has been the tallest structure in Egypt for half a century.

Built of concrete, and located on Gezira Island with the river Nile flowing serenely around it, the Tower is a major tourist attraction. Naoum Chebib’s design has a distinctive open latticework, said to imitate the lotus, and is crowed by a circular, rotating observation deck (one rotation takes just over an hour).

Locals say that the best time to visit is at dusk, to take in the illumination of the Tower, the city’s twinkling lights, and the Giza and Sakkara pyramids to the west.

Famous visitors include late Egyptian President Gamal Abdul Nasser (who controversially paid for the Tower using money which the Americans had donated for other purposes) and Katherine Hepburn.

Try to choose a clear day for your visit (which may not be easy given Cairo’s smog problems). The Tower and its various restaurants were fully renovated in 2009.

Cairo’s Saladin Citadel, perched on the top of Muqattam Hill in the city centre, is a well-preserved medieval fortification complete with a number of mosques and museums.

Built by Ayyubid ruler Saladin between 1176 and 1183, the Citadel became the home of Egyptian government and remained as such until the 19th century. The most pressing reason for the Citadel’s construction was the risk posed to Cairo by the crusaders. During sieges, fresh water was supplied via the 280 foot deep Well of Joseph.

The Citadel encloses a number of mosques, most famously the Mosque of Mohammad Ali (aka Mohamed Ali Pasha), built between 1828 and 1848: see above.

Before it was invaded in 640 AD by an Arab army, Egypt was a Christian nation with its people being known as the Copts.

The conquering army’s leader, Amr, issued instructions for the Copts to be well-treated, and they today make up about 10% of the population. Coptic Cairo—an area of Old Cairo containing the Hanging Church, Coptic Museum and Babylon Fortress—has been their spiritual home ever since.

The Hanging Church (aka St Virgin Mary’s Coptic Orthodox Church) dates from the third century. Its name derives from its location above a gatehouse of the Babylon Fortress, with its nave suspended over a passageway. The Church has a total of 110 religious icons. Visitors should keep an eye out for the black thirteenth pillar supporting the pulpit: it represents Judas.

Founded in 1908, the Coptic Museum occupies 8,000 square metres and displays about 15,000 artefacts tracing the history of the Christian religion in Egypt. Housed in a beautiful building, the museum’s old wing allows access to a Roman tower called the Water Gate.

Other attractions of interest include: 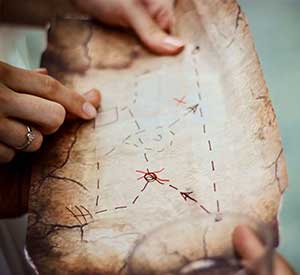 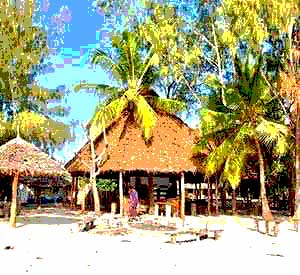 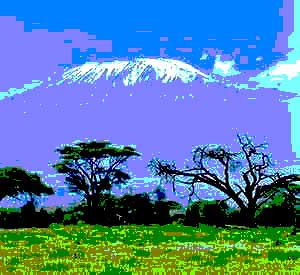