Things to do in Budapest, HUNGARY

It is regularly rated as one of the best places to live in eastern Europe. It is also a great place to visit. For those wanting to relax, look no further than Budapest's 30 bath houses (supplied by its 128 natural springs). For history, check out the gothic Hungarian Parliament (modelled on the English parliament buildings and no less spectacular), the 13th century Buda Castle and the 1849 Chain Bridge crossing the Danube and linking the city's two halves. For art and entertainment, don't miss the superb international collection of works at the Museum of Fine Arts and the 733 different species at the Budapest Zoo.

The Museum of Fine Arts

Things to do near Budapest 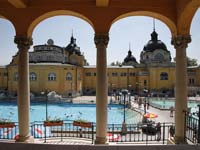 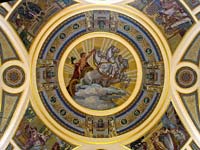 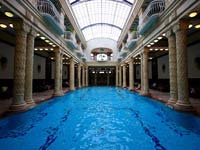 Budapest, built on top of 128 thermal springs, has over 30 bath houses of which nine qualify as Spas.

Those springs produce 70 million litres of water each day at temperatures of between 21 and 78 degrees Celsius. It was, in fact, the abundance of hot natural spring water which attracted the Romans to Budapest two millennia ago.

Since then, Budapest has remained a City of Spas, with new bathhouses built by the Turks in the sixteenth and seventeenth centuries and demand remaining strong today.

The Spas themselves offer a variety of in- and outdoor swimming pools, together with hot-tubs and saunas.

The Gellert Spa, for example, has 10 thermal baths, with water temperatures ranging from 26 to 38 degrees Celsius, saunas, steam rooms, plunge pools, and offers a variety of massages and other treatments. It is also housed in an impressive 1918 art nouveau building, complete with colourful mosaics, stained glass windows and statues.

Other notable Spas include the Rudas Baths, the Lukács Baths and the Széchenyi Baths.

where? Most of the Spas are located on the Buda side of the city, though the Széchenyi Baths, located in the middle of the City Park, are on the Pest side.

when? All year round. The Gellert Spa is open from 6am to 8pm. 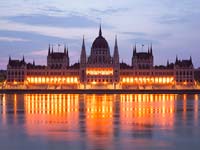 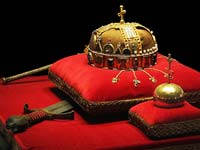 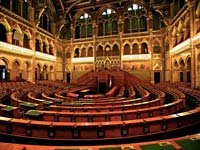 Designed by Imre Steindl, the Hungarian Parliament building is one of Budapest’s favourite attractions.

The gothic building, inspired by Britain’s Houses of Parliament, is 268 metres long, 123 metres wide, has a 96 metre high central dome and 12.5 miles of corridors, and includes 10 courtyards, 29 staircases and 691 rooms.

Built on the banks of the Danube, and inaugurated in 1896, a full millennia after the Kingdom of Hungary was formed, the Parliament also houses the Holy Crown of Hungary in its sixteen-sided central hall.

Other noteworthy features include its 242 sculptures, ceiling frescoes, stained glass, mosaics, and characteristic turrets and arches.

The Parliament is on the Pest side of the city and welcomes tourists (offering guided tours in a number of different languages). 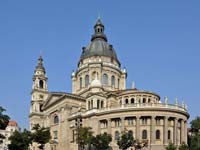 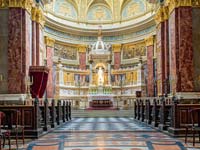 Standing at 96 metres tall, the Basilica is Budapest’s joint tallest structure (together with the Parliament building, with local regulations prohibiting the construction of any higher building).

The Basilica is 87 metres long, 66 metres wide, and is flanked by two large bell towers. The southern tower houses the 9-tonne Great St Stephen bell, the biggest in the country; the northern tower contains 5 smaller bells.

The Basilica’s large central dome can be accessed by lift or by climbing the 364 steps; it is worth the effort, offering panoramic views over Budapest. The Basilica is also famous for housing the mummified right fist of St Stephen in its reliquary, and for hosting evening classical music concerts (in particular organ recitals). 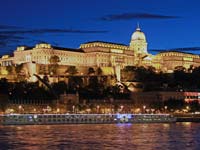 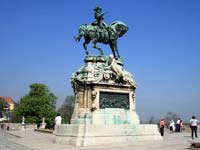 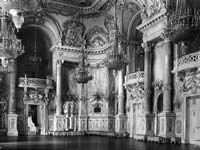 Built on the southern tip of Castle Hill, which rises 48 metres from the Danube, Buda Castle dominates the city skyline, offers spectacular views over the city, and is host to some of Budapest's best museums.

The Castle's foundations were first laid in the 13th century, with the structure being gradually rebuilt and expanded over the years (in particular in the early 18th and 19th centuries).

The Castle comprises 203 rooms, and houses the Budapest History Museum (where visitors can learn about the many sieges of Buda Castle), the Hungarian National Gallery (displaying Hungarian art from the 11th century) and the National Széchényi Library (Hungary's national library).

In addition, the Castle has impressive formal gardens and grounds, complete with fountains (in particular the Matthias Fountain), monuments and statues (don't miss those of the Turul Bird and Horse herd), ponds, wells and gates.

The gardens also host a number of popular festivals, namely the Opera and Ballet Festival (Jul/Aug), the Folk Arts Festival (Aug), and a Wine and Champagne Festival (Sept) and the Pálinka (Hungarian fruit brandy) and Sausage Festival (Oct).

where? Buda Castle is in the Buda part of the city, and can be accessed by foot or by funicular (the lower station of which is adjacent to the Chain Bridge and Adam Clark Square.

when? The Castle is open all year round. The History Museum and National Gallery are open between 10am and 6pm, and closed on Mondays.

5. The Museum of Fine Arts 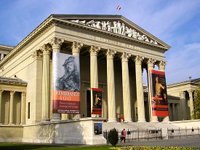 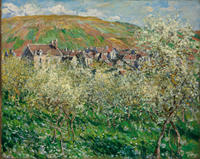 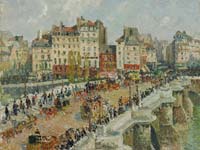 The Budapest Museum of Fine Arts houses over 100,000 items of international (non-Hungarian) art.

The Museum, located on Heroes Square opposite the Palace of Arts, displays works over four floors in an imposing early 20th century neo-classical building.

The works are arranged into six collections, namely:

when? 10 am to 5 pm, Tues to Sun (closed Mondays, except national holidays). 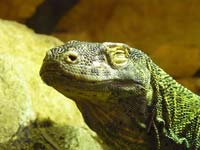 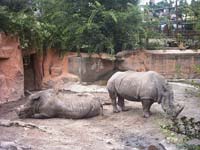 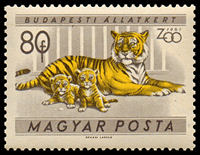 The Zoo, the oldest in Hungary, occupies over 26 acres and attracts over 1 million visitors per year.

The Zoo’s most popular animals are Asiatic lion quadruplets and a baby elephant called Asha, all born in February 2013.

The Zoo is also an architectural gem, boasting a number of mosaiced art nouveau buildings such as the main entrance, elephant house (together with an adjoining 31 metre minaret) and palm house.

The Zoo is very well maintained, with its stunning grounds including botanical gardens.  Other attractions include a petting zoo for children,  snake petting, daily feeding events and a popular butterfly enclosure.  Buy your ticket online to avoid the sometimes lengthy queues.

when? May - August: Monday to Thursday - 9 am to 6.30 pm; Friday to Saturday - 9 am to 7 pm. The Zoo closes slightly earlier in other months: check its website for details. 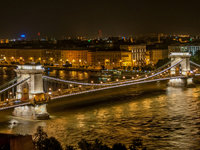 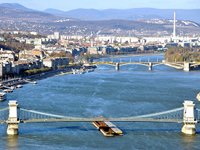 The Chain Bridge (aka the Szechenyi Chain Bridge) is a suspension bridge crossing the Danube, designed by the British engineer William Tierney Clark and opened in 1849.

The Bridge, the first permanent bridge to link Buda and Pest, is made of wrought iron and stone, has a length of 375 meters, width of 15 metres (carrying two lanes of traffic), and has two 48 metre-high towers holding the iron chains which support the bridge.  Stone lions by sculptor Janos Marshalko are found at each end.

The bridge is located off Szechenyi Square (Count Istvan Szechenyi, who funded the bridge’s construction together with the Viennese Baron Sina, was a wealthy merchant with significant interests in Budapest) on the Pest side of the river and abuts Adam Clark Square on the Buda side.

At the time of its construction, it was one of the largest in the world and widely regarded as a modern wonder of engineering.  It was almost completely destroyed by the Germans on 18 January 1945, towards the end of the Second World War, and was reopened in November 1949.

where? Between Szechenyi and Adam Clark Squares, Budapest, Hungary.