The Bern Carnival starts on a Thursday in February or March with the symbolic release of a bear held for 111 days in the Prison Tower.

The ceremony sees human participants, dressed as bears, being woken by drummers (Ychueblete) and released into the Old Town.

The carnival takes place before lent and has origins dating back to a 16th century peasants revolt (having been banned in the 16th century and only reinstated in 1982). Revellers then take to the streets, with bands of musicians (Guggenmusik-Cliques) following a 6-kilometre course around Bern's arcades.

Museum Night is an annual event which sees Bern's museums open from Friday evening until 1 or 2am on the Saturday morning.

The facades of many of the museums are floodlit, with visitors able to see over 40 museums on a single ticket. They include the Swiss Alpine Museum, the Botanical Garden, the Federal House, the Prison Tower, the Kunstmuseum, the Museum of Communication and the Natural History Museum.

Tickets include free use of public transport and entry to a travelling museum, erected in front of the Hotel Bellevue Palace, displaying 90 vintage cars from seven decades.

The two-month long Bern International Jazz Festival draws top jazz performers from all over the world.

The festival begins in March each year and lasts about 10 weeks, with performances of Jazz, Blues and Soul music taking place in Marians Jazzroom, the Tierpark, the Concert Theatre and the National Theatre.

The 2014 Festival closed with a special tribute to Duke Ellington, performed by Terri Lyne Carrington, Ellis Marsalis, Johnaye Kendrick and Bob Wilmer. 2016 saw the 41st edition of the Festival, with headliners including the T S Monk Sextet and the Brubeck Brothers.

The 2020 Festival (the 45th edition) will, as usual, take place between March and May with tickets on sale at Hotel Innere Eng and Marians Jazzroom.

Buy your tickets early at www.starticket.ch: over 20,000 jazz lovers attend the festival each year.

There are two other courses: the Old GP (4.7 miles) for fun-runners and the Bears GP (1.6 miles) for children. In total, the event attracts about 25,000 runners each year.

The event attracts the world's best runners. In 2013, the Ethiopian Haile Gebreselassie won the main race in a time of 46 minutes 59 seconds. The Kenyan Cynthia Kosgei won the women's race. The 2014 men's race was won by Eritrean Tadesse Abraham whilst Kosgei again won the women's event. 2016 saw Ghirmay Ghebreslassie win the men's event in 47 minutes exactly and Charity Kiprop win the women's race in 56 minutes 52 seconds.

The Gurtenfestival attracts bands from around the world and is one of Switzerland's most famous music events.

The Gurten Mountain, 15 minutes to the south of Bern, is 864 metres high (about 400 metres higher than Bern's Old Town) and offers great views of Bern, the Alps and the Jura. The Gurten also hosts the Gurtenfestival each July.

Held over 4 days in July, the Gurtenfestival includes over 60 international acts and as many DJs playing a wide range of music from pop to funk, country and blues. Swiss musicians also perform, on the Waldbuhne stage.

The next Gurtenfestival will be held between 15 and 18 July 2020. The line-up has yet to be announced.

Past years have seen the likes of Lenny Kravitz, Snow Patrol, Kate Nash, Brandon Flowers, the Kings of Leon, the Kaiser Chiefs, Muse, Massive Attack and Prodigy. In 2009 the headlining act was Oasis, their last performance before their August 2009 breakup.

Most festival-goers prefer to take the Gurtenbahn funicular from Wabern to the top of the Gurten.

It sees the streets of Bern lined with impromptu stages and musicians, dancers, mimics, comedians, puppeteers and acrobats performing for free.

The 17th edition of the Buskers' Street Music Festival will take place on 6–8 August 2020.

The last Monday of November sees an annual Onion Market (or Zibelemarit) in Bern's Parliament Square.

Starting at 5am, this traditional festival comes complete with 50 tonnes of red and white onions woven into pretty braids, tresses and wreaths.

The tradition dates back to the 1850s, when farmer's wives from Murten came to Bern on St Martin's Day to sell their produce. Hearty winter meals are on sale, such as cheese and onion tarts, onion pie (Zwiebelkuchen), onion sausages and onion soup, together with mulled wine at the Gluhwein stand.

The market comes to an end at about 4pm, following a confetti battle between local children. This year the Onion Market was held on 25 November 2019. Next year it will most likely be on November 23, 2020.

Bern is famous for its Christmas markets.

Centred around Bern's atmospheric Old Town, the markets are a sensory experience: the glow of Christmas lights; the sound of locals singing carols; the smell of traditional mulled wine (Gluhwein) and sizzling sausages; and the taste of Christmas fare on sale, such as stollen and brunsli (Christmas brownies).

The main markets are to be found in Munsterplatz and the nearby Waisenhausplatz. Many visitors praise Bern's markets for the quality of the local arts and crafts on sale. Be sure to make restaurant reservations well in advance over the festive season. 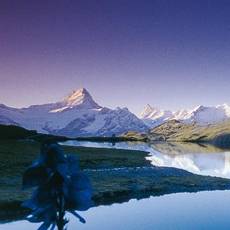 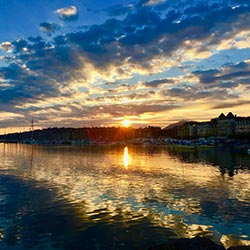 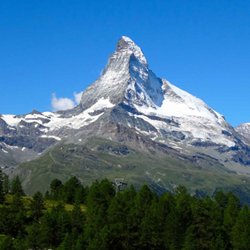